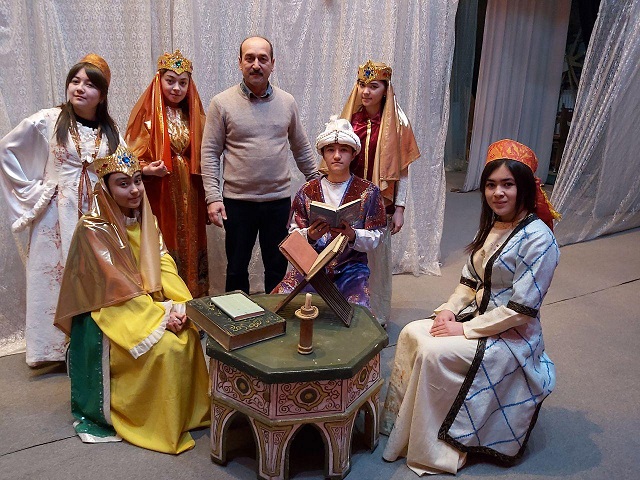 The 537th anniversary of Babur is widely celebrated in Uzbekistan.

The head of our state put forward five important initiatives.

The first initiative is to increase the interest of young people in music, painting, literature, theater and other arts and to reveal their talents.

On February 14, a group of students from the Silk Road International University in Samarkand visited the Samarkand Regional Drama Theater to ensure the implementation of this initiative.

During this visit, students presented the performances of the poet, scientist and great statesman Zakhiriddin Muhammad Babur in honor of the 537th anniversary of the poet and scientist, headed by the chief artist of the regional theater Bahrom Safoyev.

Most importantly, students concluded that theatrical art was to everyone's benefit.