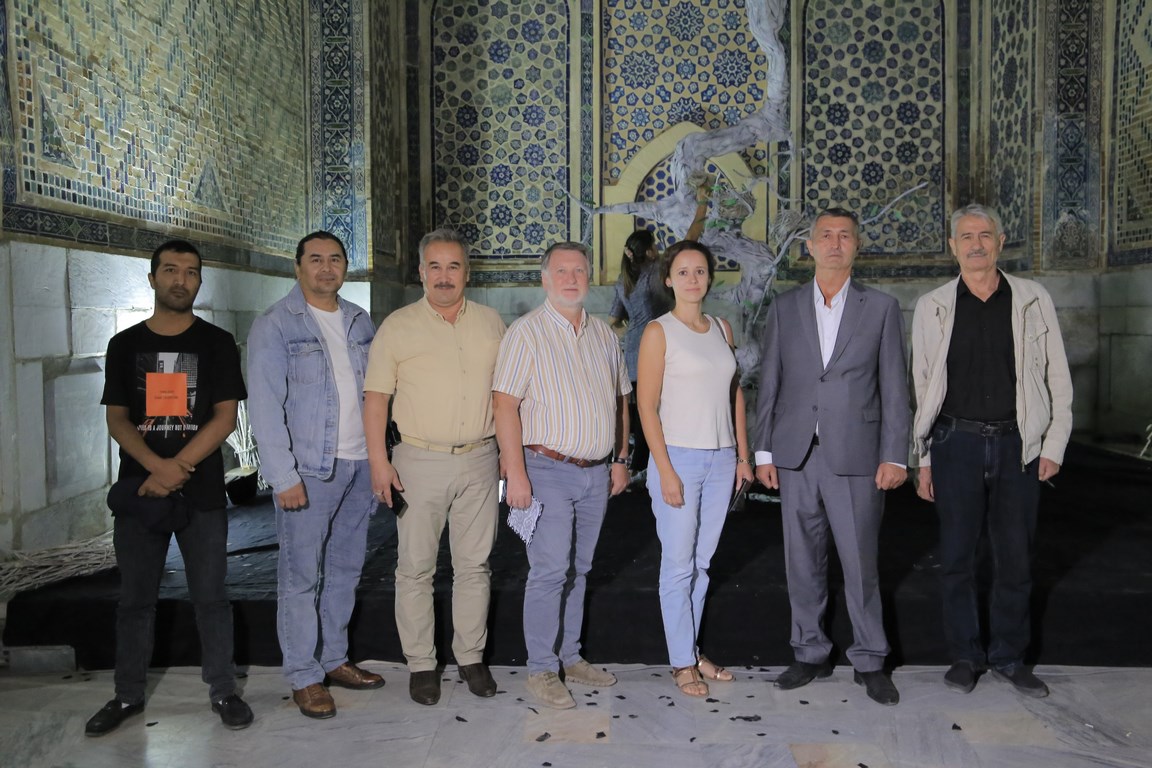 On September 13, in the Registan ensemble in Samarkand, hosted a creative evening dedicated to the opening ceremony of the Samarkand regional music and drama theater "107 Season" in the courtyard of the Mirzo Ulugbek madrasah. At the opening of the 107th season, the symphony orchestra, chorus and dance groups of the Samarkand regional music and drama theater performed, as well as the play "The Language of Birds" ("The Garden of Love" epic) by Alisher Navoi, directed by Shukhrat Sanakulov based on the script by Shokirzhon Muradov