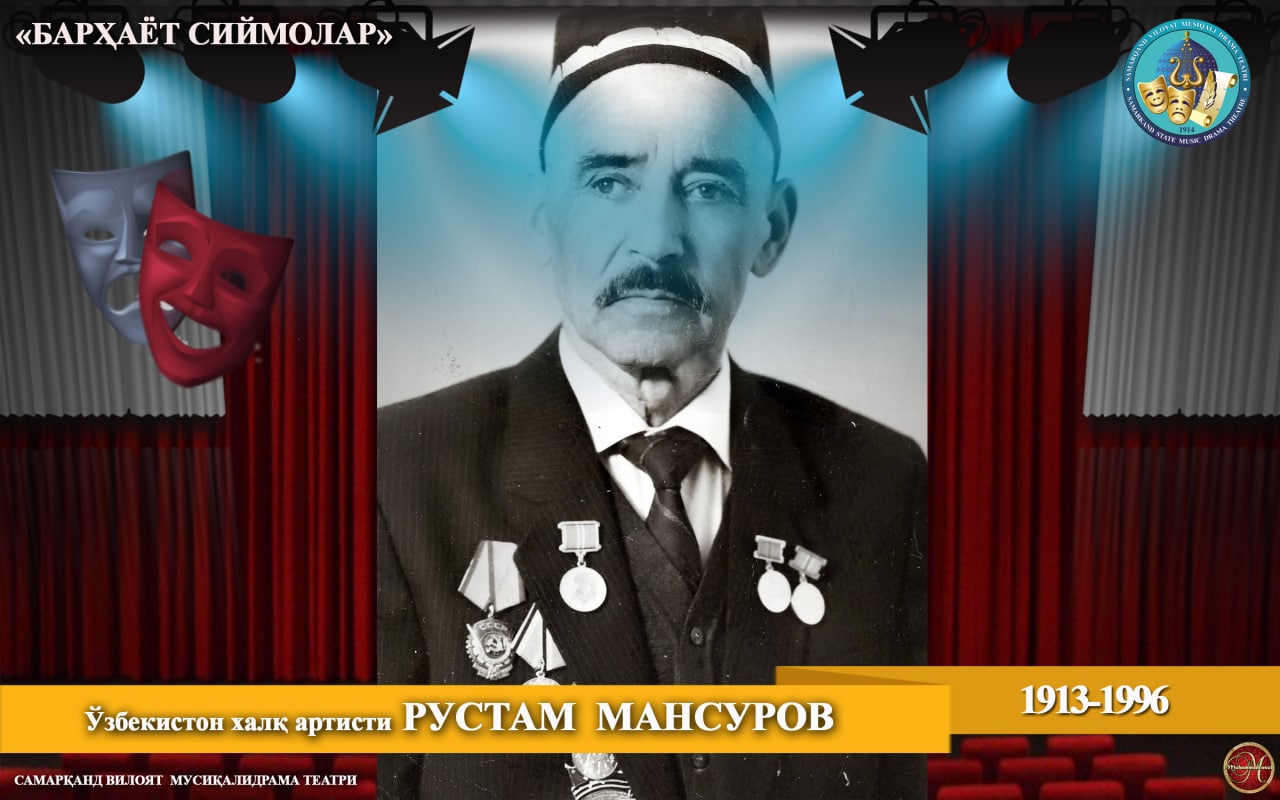 People's Artist of Uzbekistan RUSTAM MANSUROV (1913 - 1996). People's Artist of Uzbekistan (1952) Rustam Mansurov spent his life on the stage of the Samarkand Theater. From the moment he took his first steps on the stage, he became known as one of the leading heroes of various environments and natures, along with his comrades who came on stage with him. The image of fathers, especially those of the same age and attention, as well as those of a negative or positive nature, were the defining characteristics of the artist's work.