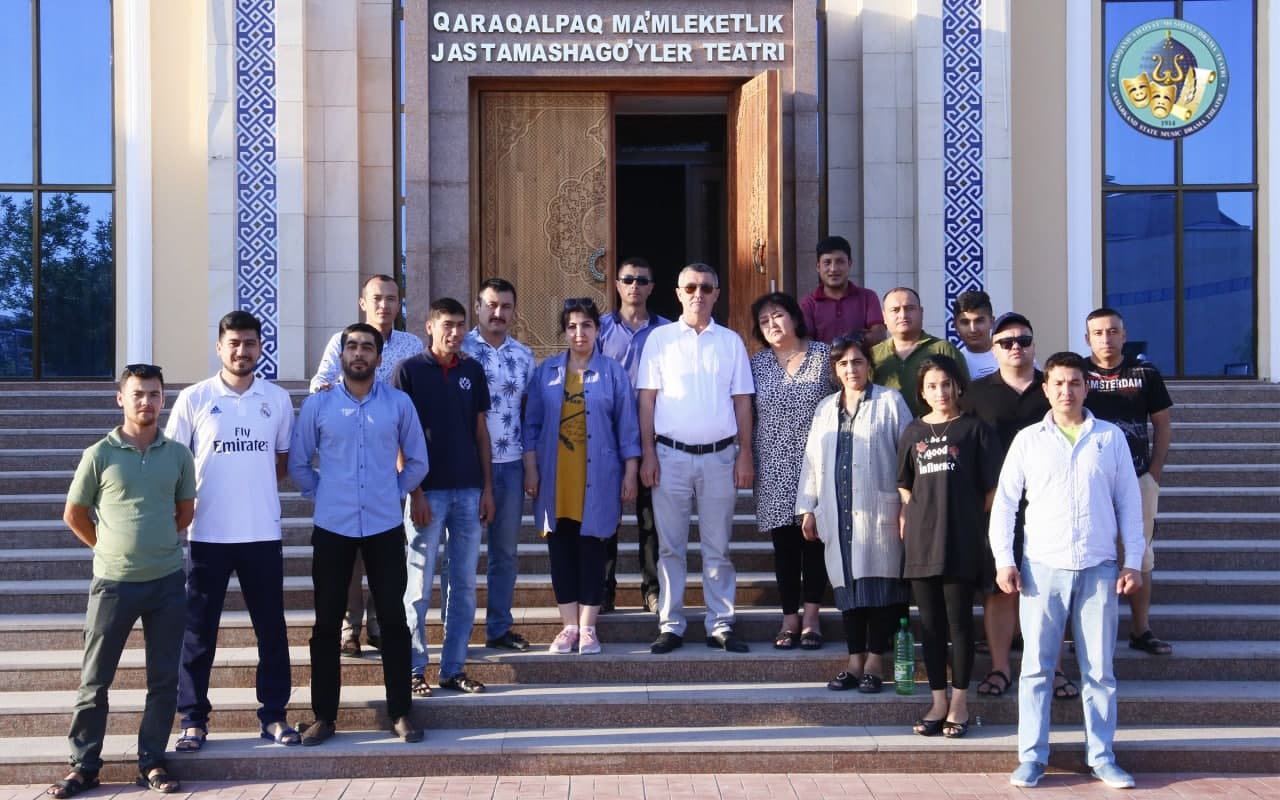 A group of artists of the Samarkand Regional Musical Drama Theater at the V Republican Theater Festival "Seni kuylamiz zamondosh" held by the Ministry of Culture of the Republic of Uzbekistan on June 10-16, 2019 in Karakalpakstan. The creators of the play "Avalanche" staged at the Samarkand Regional Musical Drama Theater are on a trip to Turkey. In 1941, the Samarkand Regional Musical Drama Theater moved to a notarized orchestra for the first time during the staging of the musical drama "Tahir and Zuhra" (directed by People's Artist of Uzbekistan Asror Juraev). Tokhtasin Jalilov, the author of the music, Doni Zokirov, the chief conductor of the theater, and qualified musicians will take part in the work. Currently, performers and musicians sent to various music schools, including Nasim Hoshimov and Noila Hoshimova, graduated from the opera studio at the Moscow State Conservatory (1941), returned to the theater, starring in musical dramas. Gulistan JABBOROVA and Iskandar SULTANOV in the musical drama "Walking on the Moon".