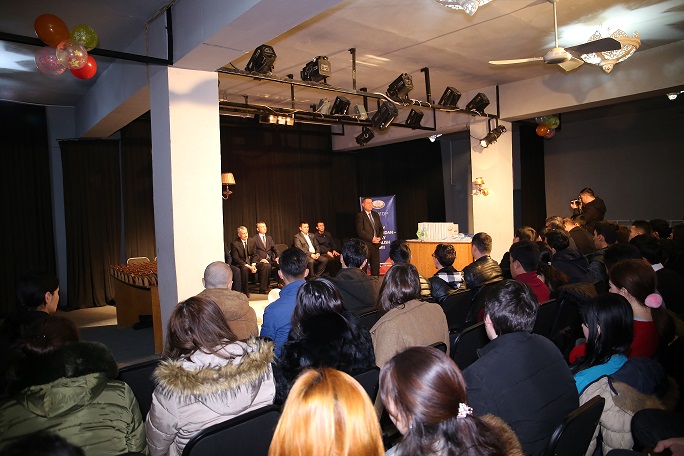 On January 29, a meeting “Theater and Youth” was held in the Samarkand Regional Music and Drama Theater, organized by deputies of the city administration and theater directorate. The meeting was attended by 70 theater staff and young actors under the age of thirty. The director of the theater Kamoliddin Karjovov, the head of the regional culture department Khojakul Muhammadiev and deputy Shokhrukh Alibekov spoke at the meeting. The meeting was based on the concept of openness. At the meeting, the leaders heard the opinions of young people and gave them advice on how to solve them.

At the end of the meeting, youth were presented with souvenirs from the party and the theater administration.