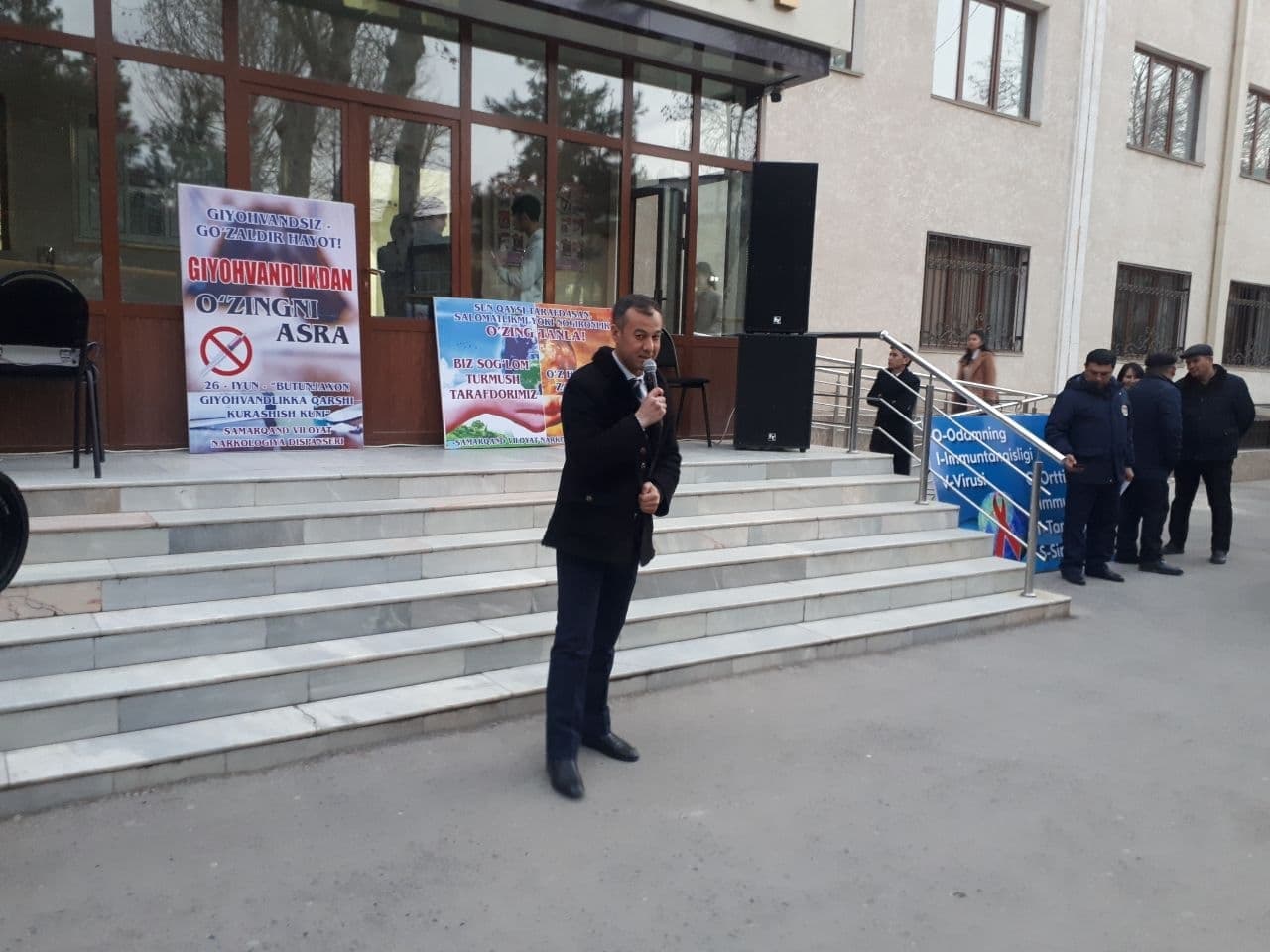 According to the United Nations Office on Drugs and Crime, more than 31 million people worldwide now suffer from serious illnesses due to drug abuse, most of them young people. Sadly, more than 23 percent of all deaths worldwide are due to drug abuse. Of course, the expansion of this global threat requires increasing the effectiveness of the fight against it. This was discussed at the preventive event "We are against drugs" at the Samarkand State Institute of Foreign Languages. Laziz Mamatkulov, a talented actor of the regional musical-drama theater, also took part in the event. He stressed that it is expedient to carry out a lot of propaganda work.