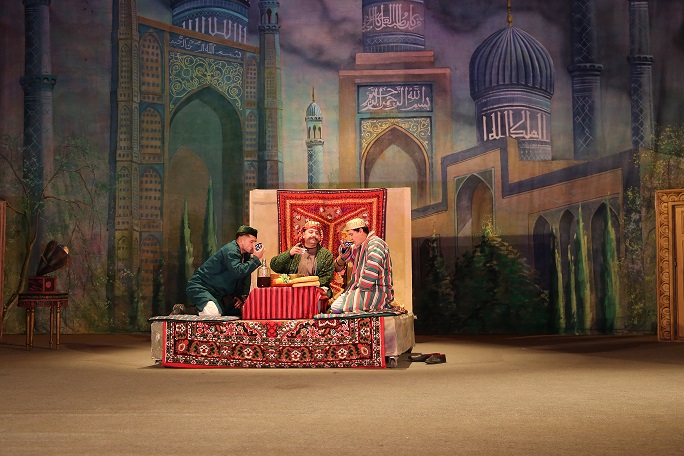 On the morning of January 20, a number of cultural and scientific events took place in the Samarkand region as part of the “Mahmudhodzha Behbudiy Week”.

An event dedicated to the 145th anniversary of Mahmudhoji Behbudi was also held at the Samarkand Regional Music and Drama Theater.

On January 15, 1914, the drama «Padarkush» was first staged in Samarkand, by a writer, and a young teacher, Mahmudhodzha Behbudi. So the Samarkand regional theater was created.

On January 20, together with the actors of the Samarkand theater, in a theatrical performance, the actors from the Kattakurgan city drama theater performed excerpts from the drama "Padarkush" by Mahmudhoji Behbudi.

Today, the land on which our ancestors loved, like Behbudi, has become free and independent. Those who sacrificed for the independence of the Nation and the Homeland will remain forever as long as this nation and their homeland flourishes forever.