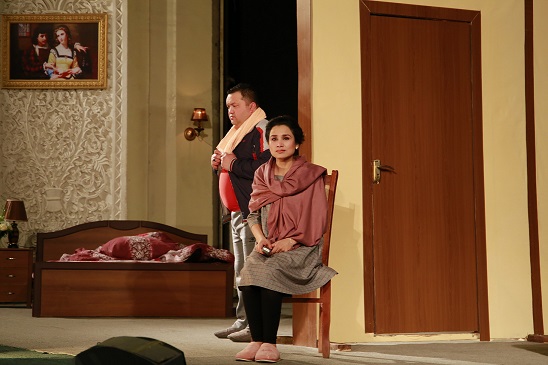 The theater premiered the play “Room 97”.

The premiere of the play “Room 97”, based on the third section of the California trilogy of American playwright Neil Simon, took place at the Samarkand Regional Music and Drama Theater. The performance was staged by the theater’s chief director Shukhrat Sanakulov. The premiere of the performance took place on February 13th. The young and talented actors of the theater Farid Rasulov, Dilmurod Khamroev, Khilola Eshankulova and Guzal Kurbanova played their roles perfectly. The audience applauded them. The performance was warmly received by the public.